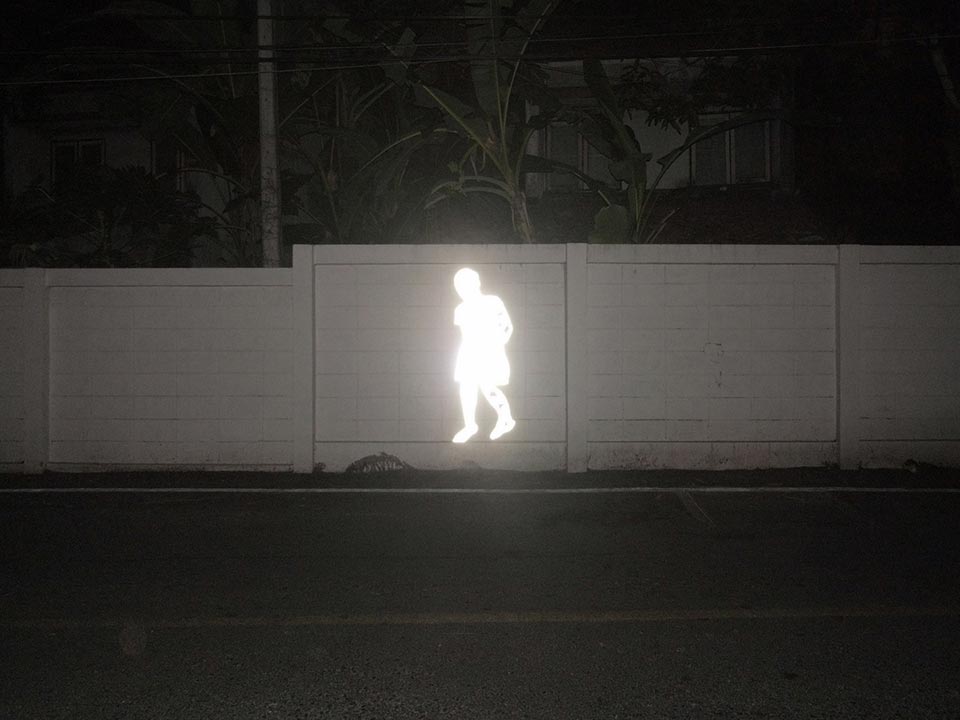 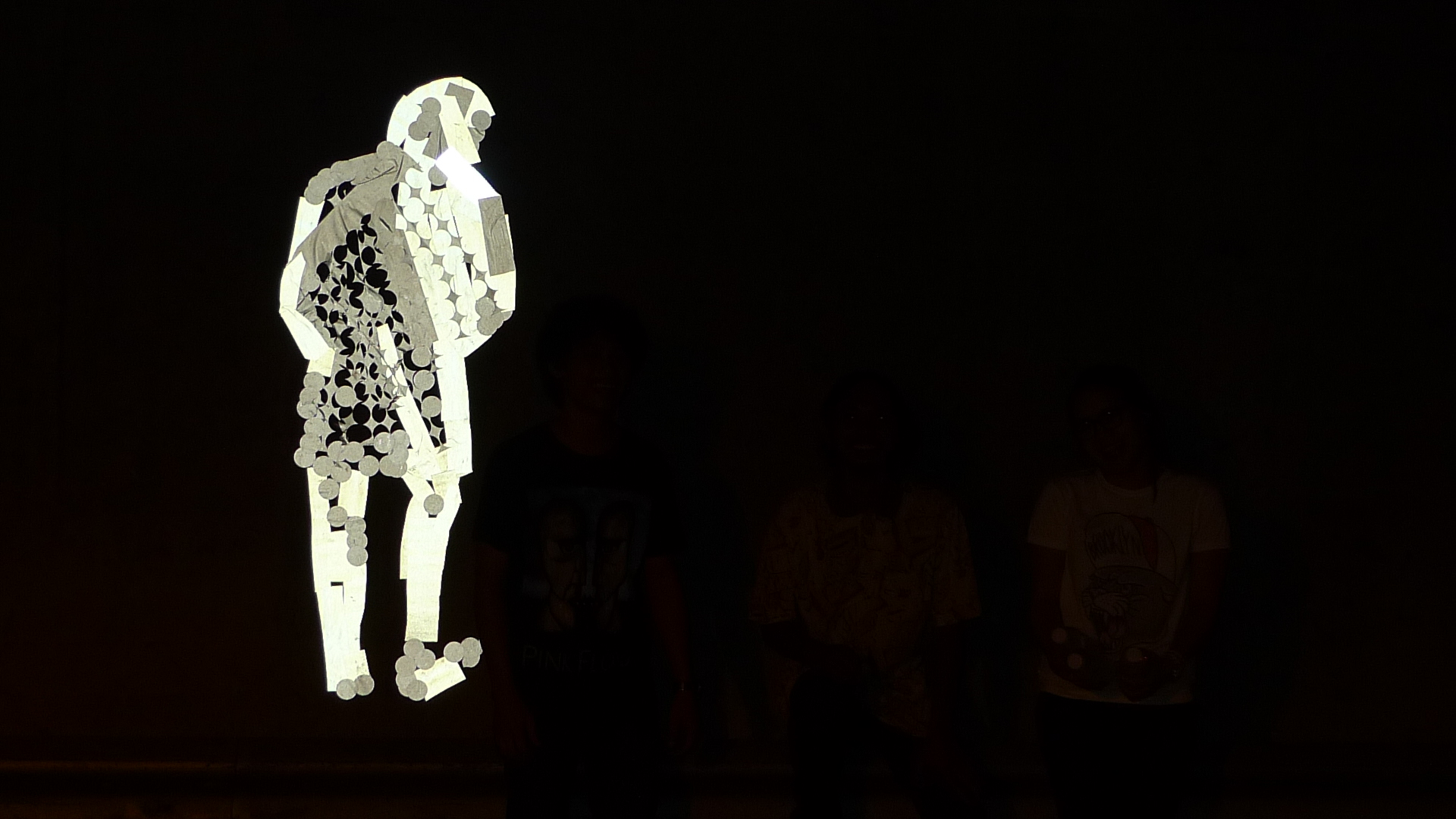 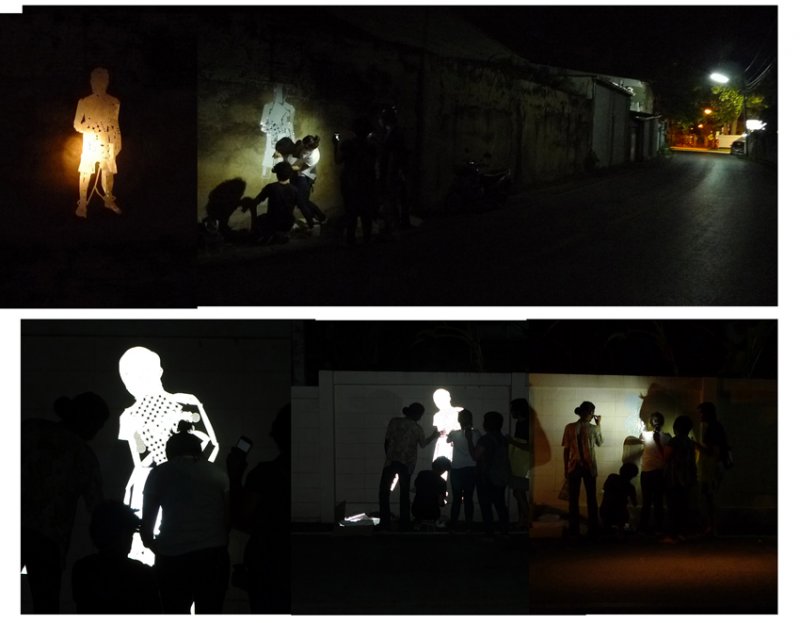 2012, 7 figures made by reflective sheets on public walls where is lack of streetlight at night, Chiang Mai City, size variable

The work reflected the fig prisoners who accused and prosecuted on charges of lèse-majesté, Article 112 in Thailand. Article 112 states that “Whoever defames, insults or threatens the King, Queen, the Heir-apparent or the Regent, shall be punished (with) imprisonment of three to fifteen years”.

The Article 112 (and its use) poses a serious threat to the right of freedom of expression and as such it. cripples a key mechanism necessary for any democratic society. Unfortunately, the prisoners become invisible in main media and public. Somehow compare with an artist who is also become invisible role in our society.

This work made for “Unseen Thailand: Stories of the Invisible“, an art exhibition that grew from the Democracy School of the Book Re:public in June 2012 in Chiang Mai, Thailand.