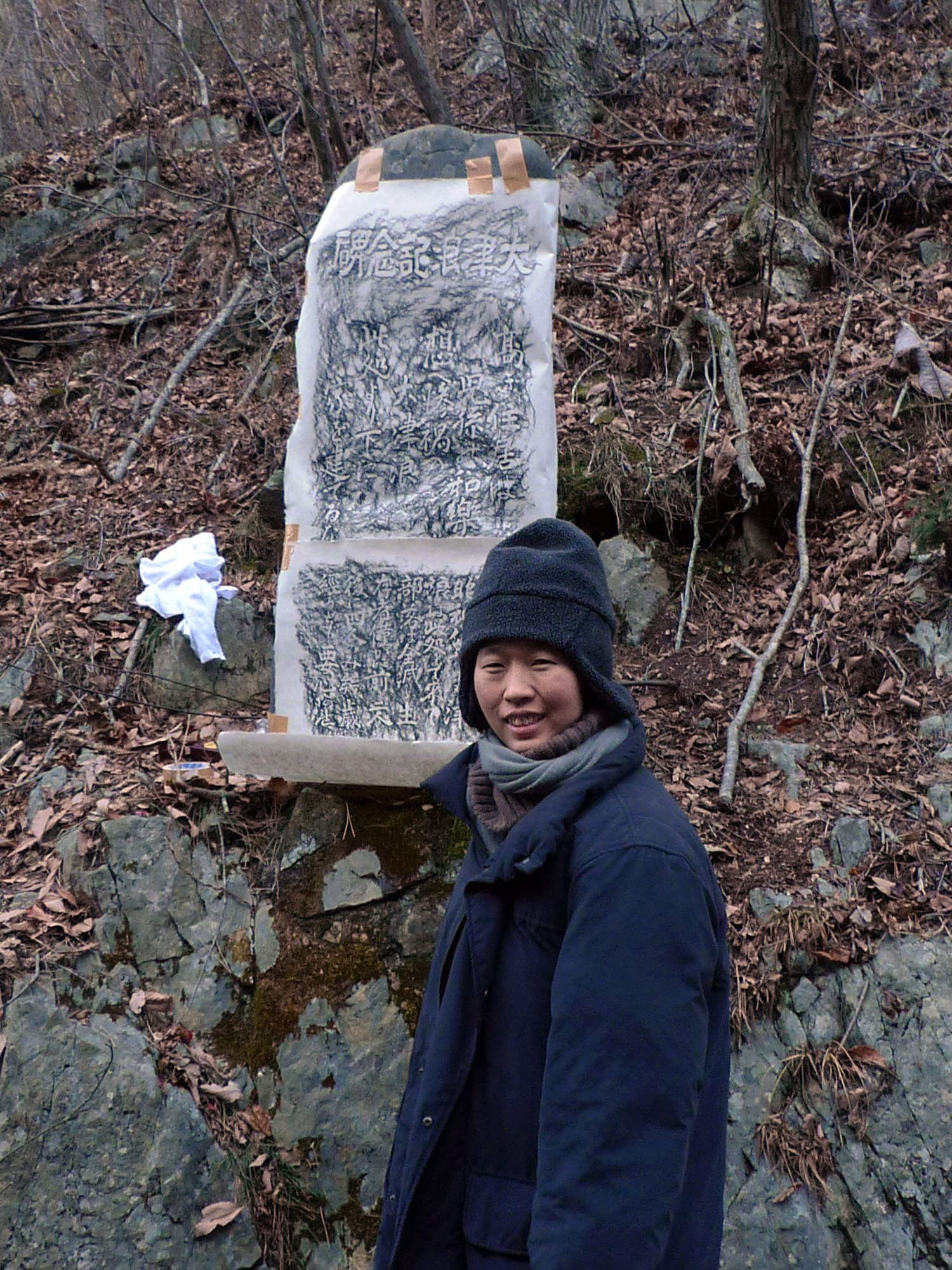 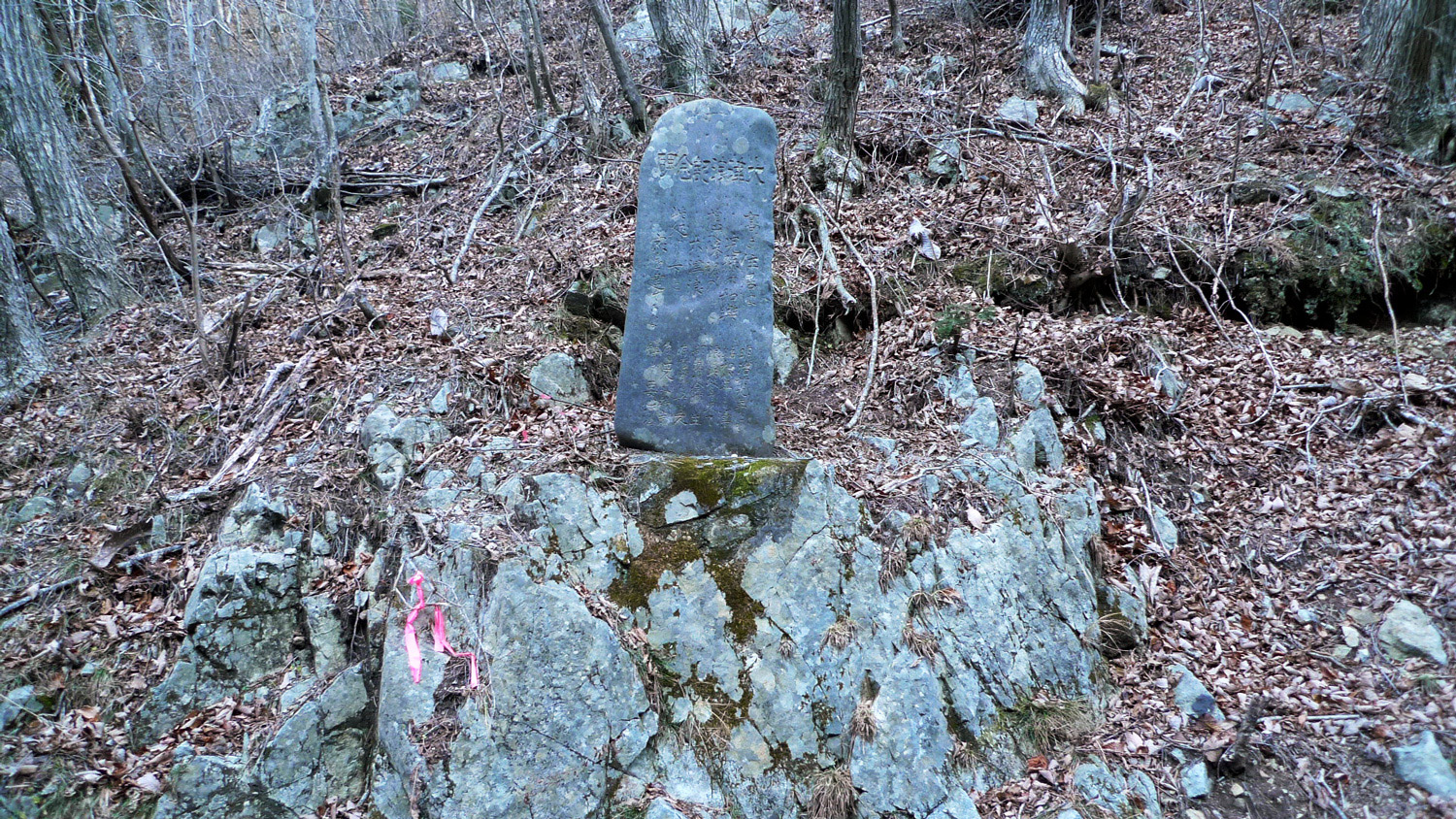 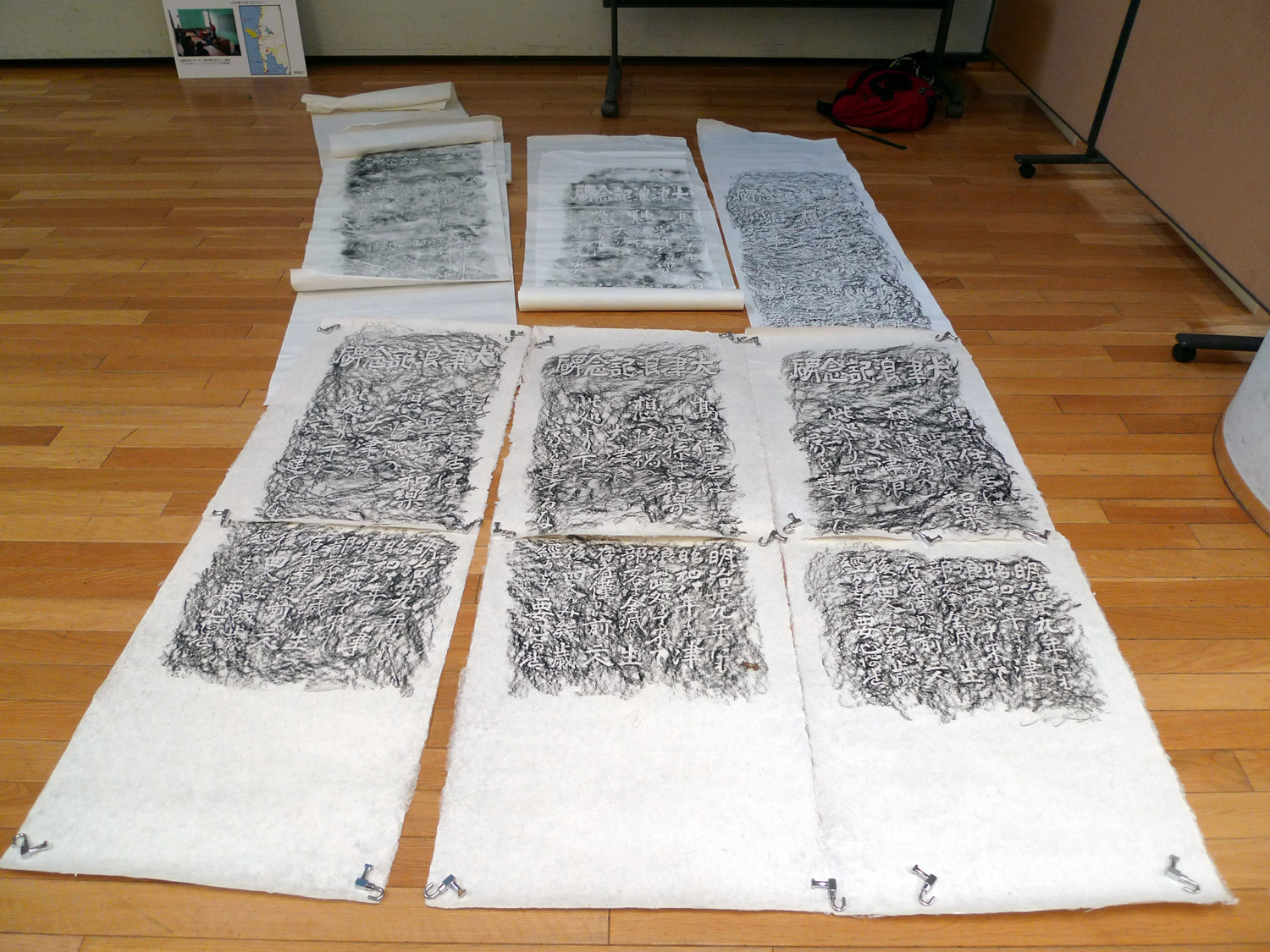 Do Not Build Your Homes Below This Point

Do Not Build Your Homes Below This Point, 2013
Technic: Stone rubbing on Sa paper by charcoal
Dimension: 22”x62”

Hundred of such warning markers dot the coastline, some more than 600 year old. The markers don’t all indicate where it’s safe to build. Some simply stand or stood, until they were washes away by the tsunami.
317 stone tablets were built after 2 tsunamis 125 (40%) of them were washed away by 2011 tsunami. Most of message on stone tablet are poetry, list of victim or details of tsunami record.

Aneyoshi’s tsunami stone is the only one that specifically tells where to build houses. As time passes, people forget. Until another tsunami comes. It took about 3 generations for people to forget, from children to grandchildren and then fade away. But the community of Aneyoshi was an exception, everyone know the marker from their education in school. The community started to move to stay above the marker since the year 1896, 115 years before tsunami 2011.

Mr. Kimura, a fisherman said the village first moved its dwelling up hill after the 1896 tsunami, which left only 2 survivors and again tsunami 1933 left 4 survival. After that the village was moved uphill for good and the stone was placed. It was about 78 year before 2011 tsunami.

The stone marker kept a tiny village of 11 households safely out of tsunami wave. The big wave in the year 2011 reached their greatest height record in Aneyoshi as 127.6 feet and it stopped 300 feet below the stone.
4-Foot-high stone stand beside the only road of a small village. “Do not build your homes below this point.” is a rule from ancestor that no one from the village dares to break.
—
The main message from the Aneyoshi tsunami warning stone apart from tsunami record is:

“High dwelling are the peace and happiness of our descendants.
Remember the calamity of the great tsunami.
Do not build your homes below this point!”